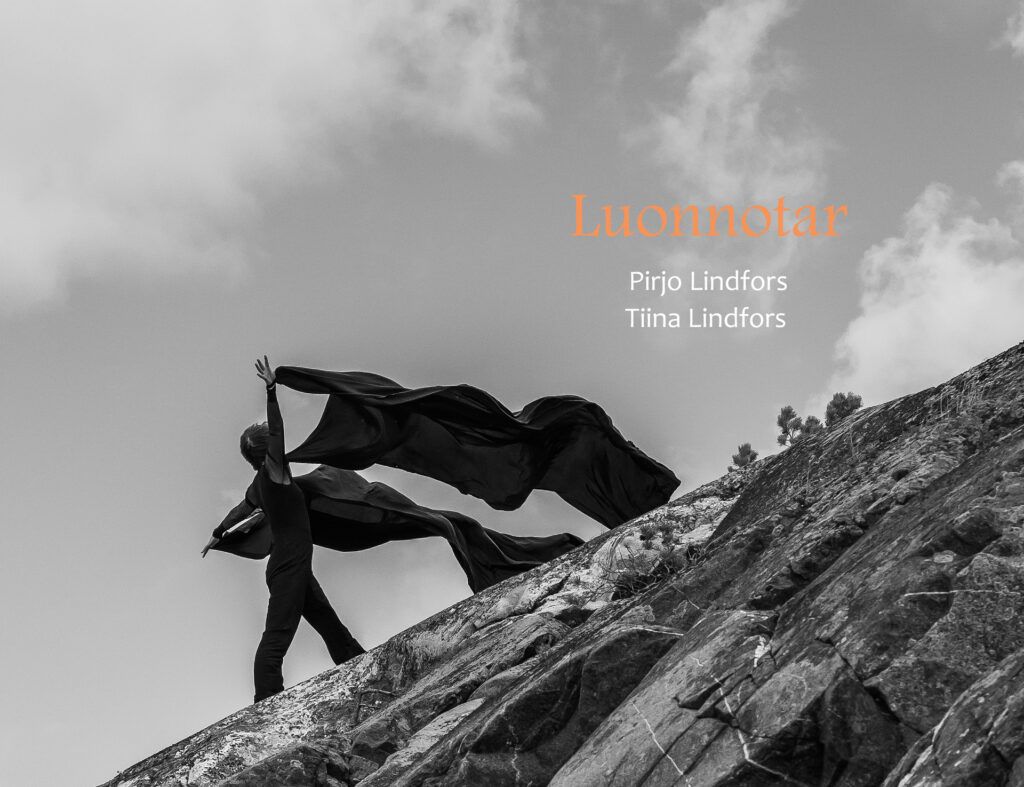 The photo exhibition on ERI’s stage is based on Pirjo and Tiina Lindfors’ photography book named Luonnotar (Eng. Nymph). In Luonnotar two perspectives are united into one work of art, on nature’s terms as well as the terms of the human body. In the process, which lasted ten years, nature photographer Pirjo Lindfors and her […]

A Tree Rooted in The Light 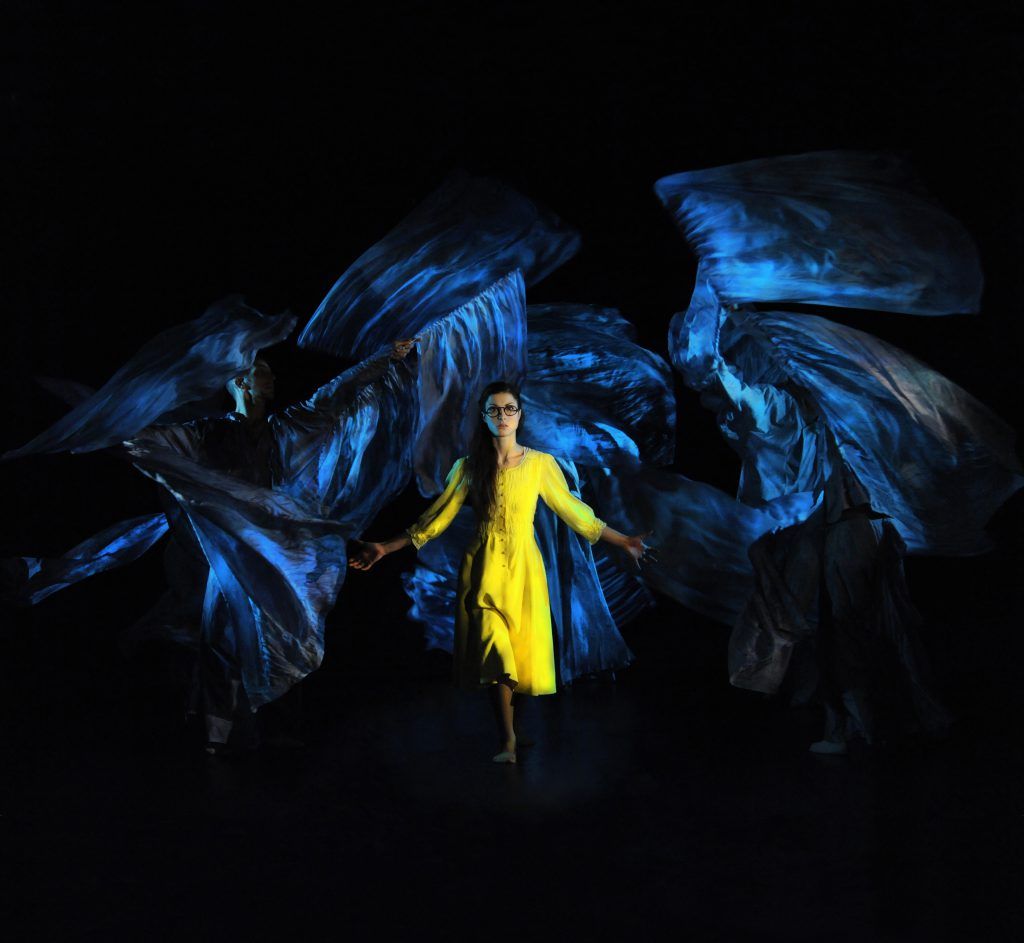 Simone Weil – a philosopher, activist, martyr and a legend. The life of a young jewish woman rises on stage in a brave interpretation, which combines theatre and dance. In their interpretation, Scriptwriter Kristin Olsoni and choreographer Tiina Lindfors highlight the strength and beauty of Simone Weil’s tragic life. The play aims to touch and […] 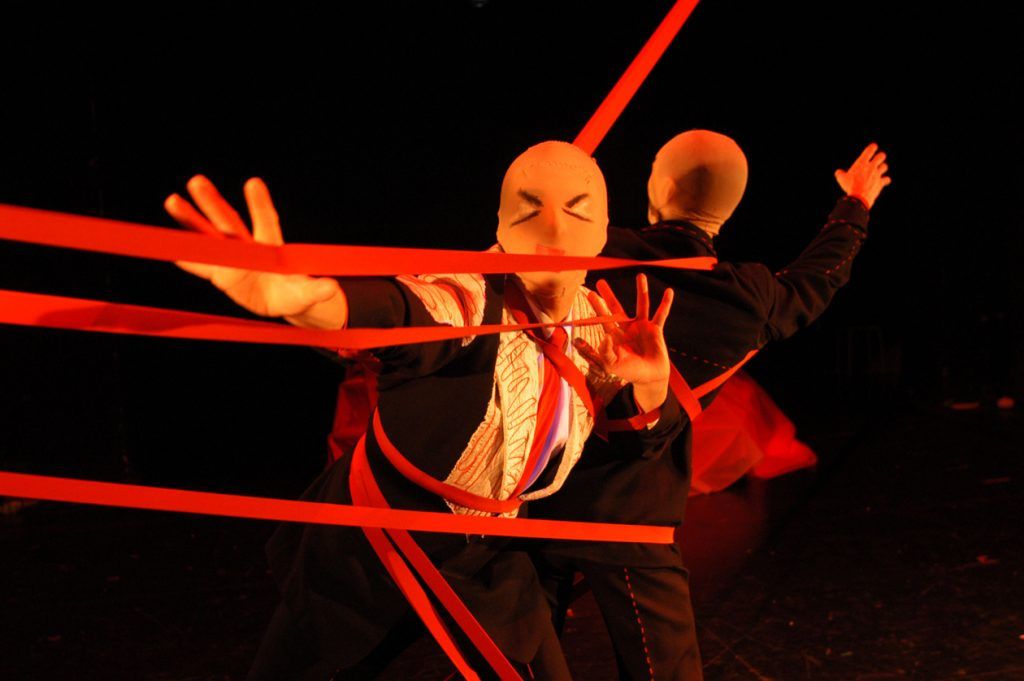 The Forgotten Kingdom is a place where memories, destinies, births and deaths are stirred up, only to fade back into the blue relief of oblivion. Nothing is impossible in this empire, and nothing is what appears to be at first glance. The enchanting melody of song and accordion carry the audience into an adventure and […] 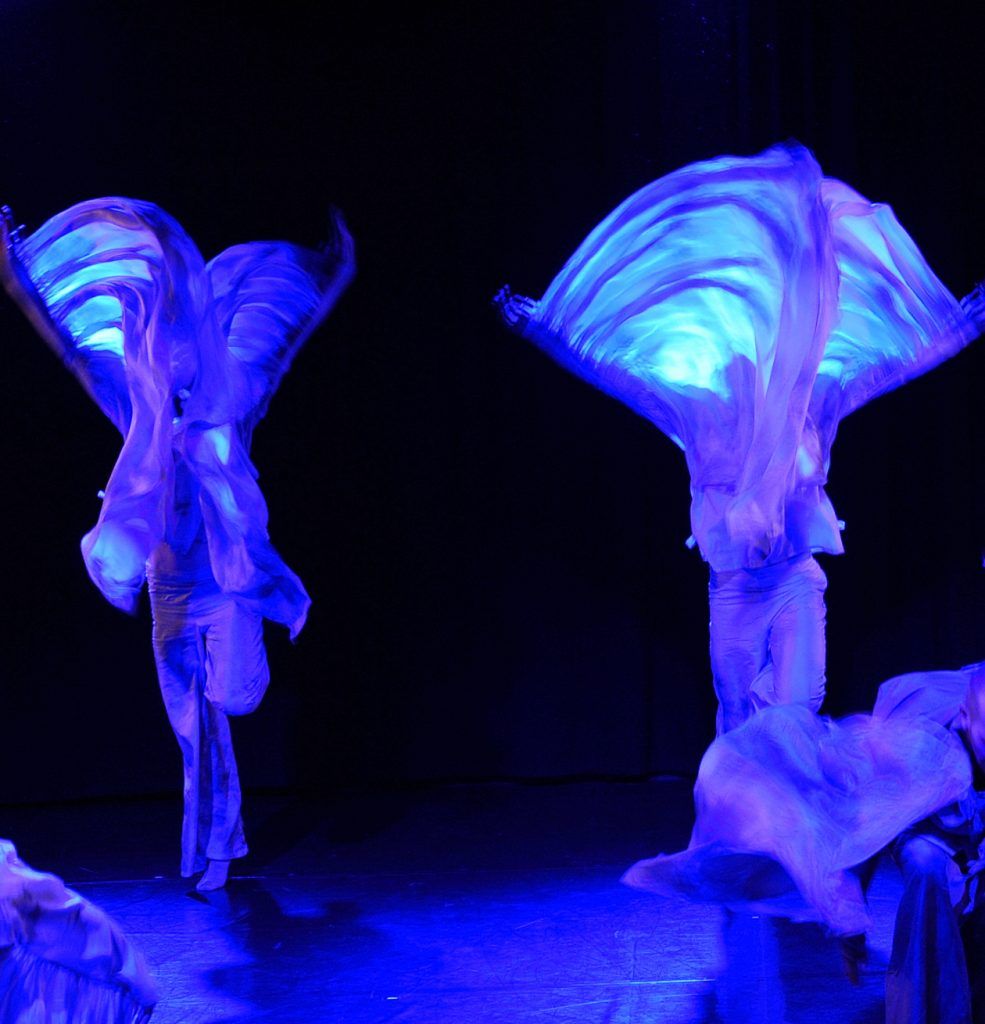 “Kaija´s composition Trois Rivières is like the fascination of nature and poetry. It brings to me the beauty, the everlasting mystical word of water. For me the river is one, though the stream and strength vary. From the ice reveals itself the water and on it shine the jewels of light. After the calm raise […]

In the fall 2013 premiered Sin Opera combines singing, music, poetry and dance theatre. The work mirrors the essence of since, both with classic and new interpretations. Sin Opera presents well-known opera arias and lieds, composed by Händel, Donizetti, Mozart, Schubert and Stravinsky. Strong images on the stage are opened by a narrator, who interprets […] 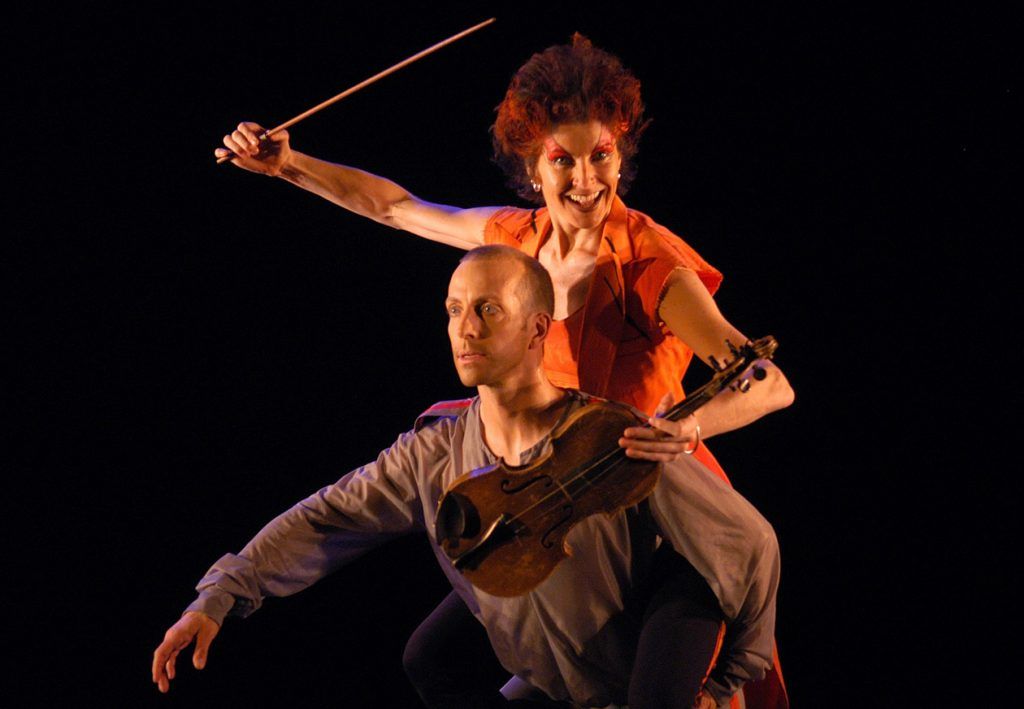 Is our own self-interest and ethical laziness an eternal obstacle to humanity? Or is it only humane to be self-absorbed? How the devil is anyone supposed to know that! Choreographed to Igor Stravinski’s music, this Mephistophelian story about a soldier who sells his soul to the devil is traditionally a drama complemented with dance numbers. […] 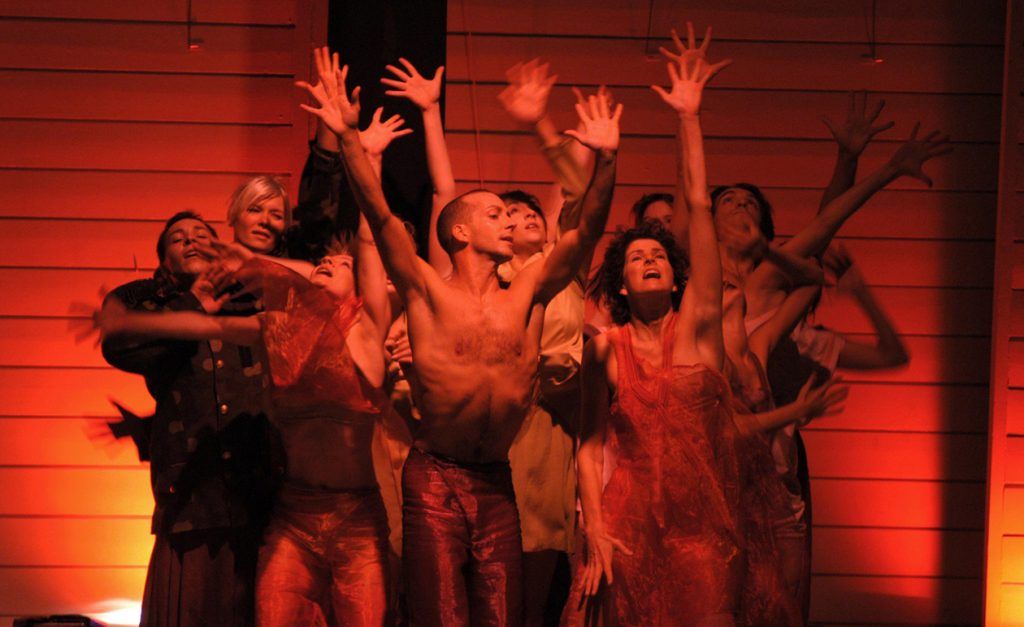 Scandal is a grand production of the Turku Philharmonic Orchestra and Dance Theatre ERI set to the music of Igor Stravinsky. The first half of the performance takes the audience progressively through Frej Lindqvist’s musical vignettes towards the premiere of The Rite of the Spring on 29.5.1913. The second half culminates in Tiina Lindfors’ new […] 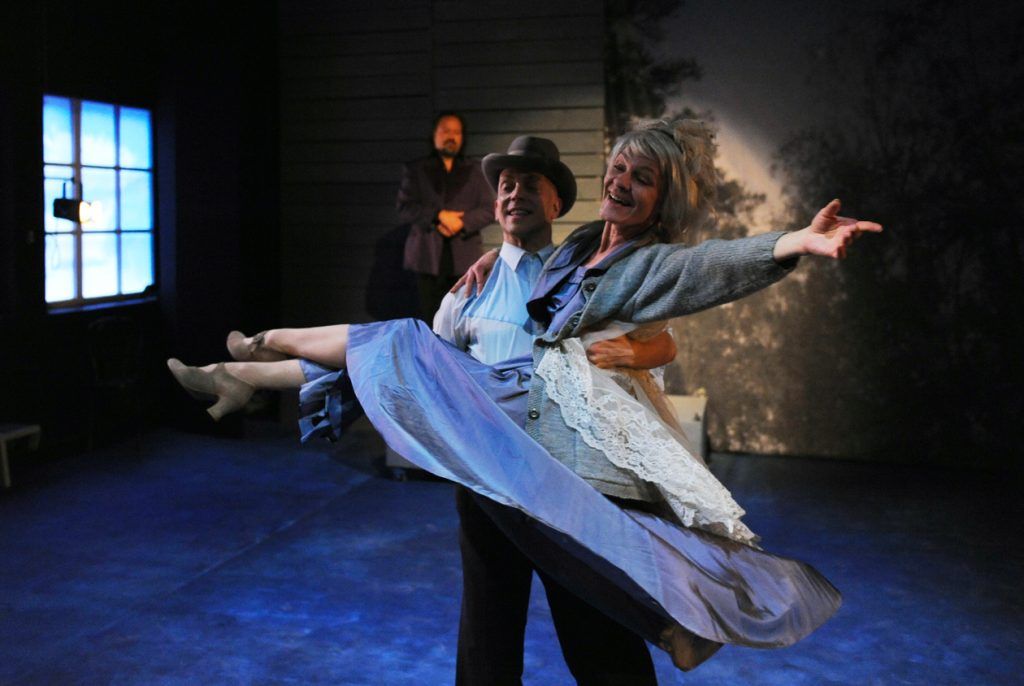 The loveliest evergreens escort you in to the romanticisim of dance hall dances, as Sekahaku conquers the dance hall. Live vocalist and accordion music are part of these humorous and ironic dances, in which we also take an overview on our nation’s past. Besides ERI’s ensemble, also actor Dick Holmström and musician Iris Valin are […] 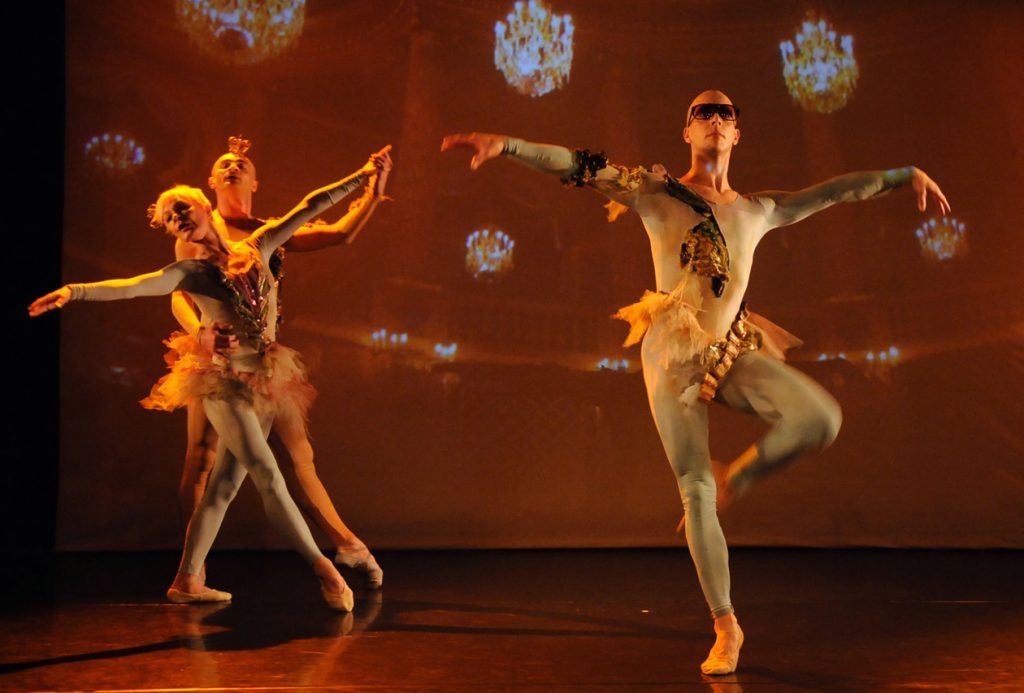 Any idea what rond de jambe or tour à la barre mean? These and many other exciting secrets of classical ballet unfold in the hands of the Ballerinas. The feet instead are opened in tights, when Dance Theatre ERI’s ensemble rises onto the pointe. This humorous ballet parody consists of breathtaking dance numbers. At the […]

Three Dreams In One 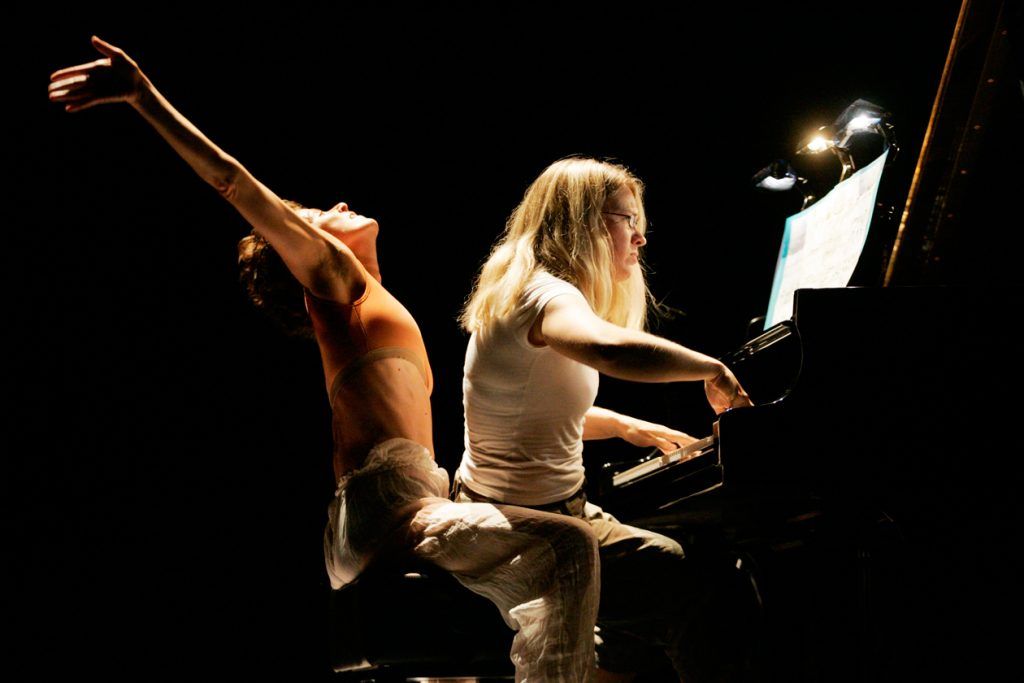 A delicate solo piece to Mikko Heiniö’s piano music depicts an ill child’s journey from darkness towards the light. Heini Kärkkäinen plays the piano in this piece. The production was subscribed by Kuhmo Chamber Music Festival in 2006. “This is something really special even amongst the finest selection of Kuhmo Chamber Music Festival” KS “Tiina […]