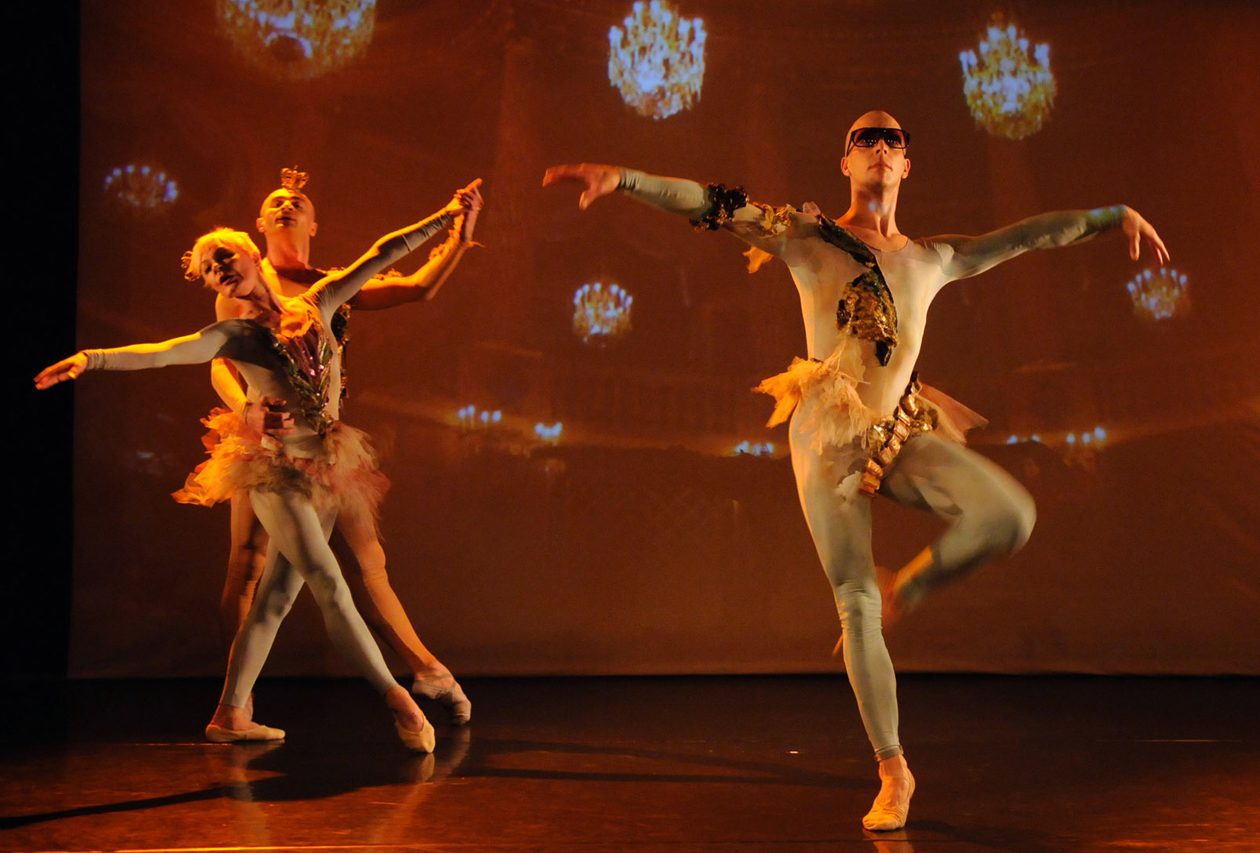 Any idea what rond de jambe or tour à la barre mean? These and many other exciting secrets of classical ballet unfold in the hands of the Ballerinas. The feet instead are opened in tights, when Dance Theatre ERI’s ensemble rises onto the pointe. This humorous ballet parody consists of breathtaking dance numbers. At the same time a savage competition is going on among the danseuses. Although there are five primas and ballerinas, only one of them gets to be an Assoluta. Is the rivalry resolved by toe technique or just plain elbowing?

“The kinetic humour of Sairela and Soini is very perceiving” TS