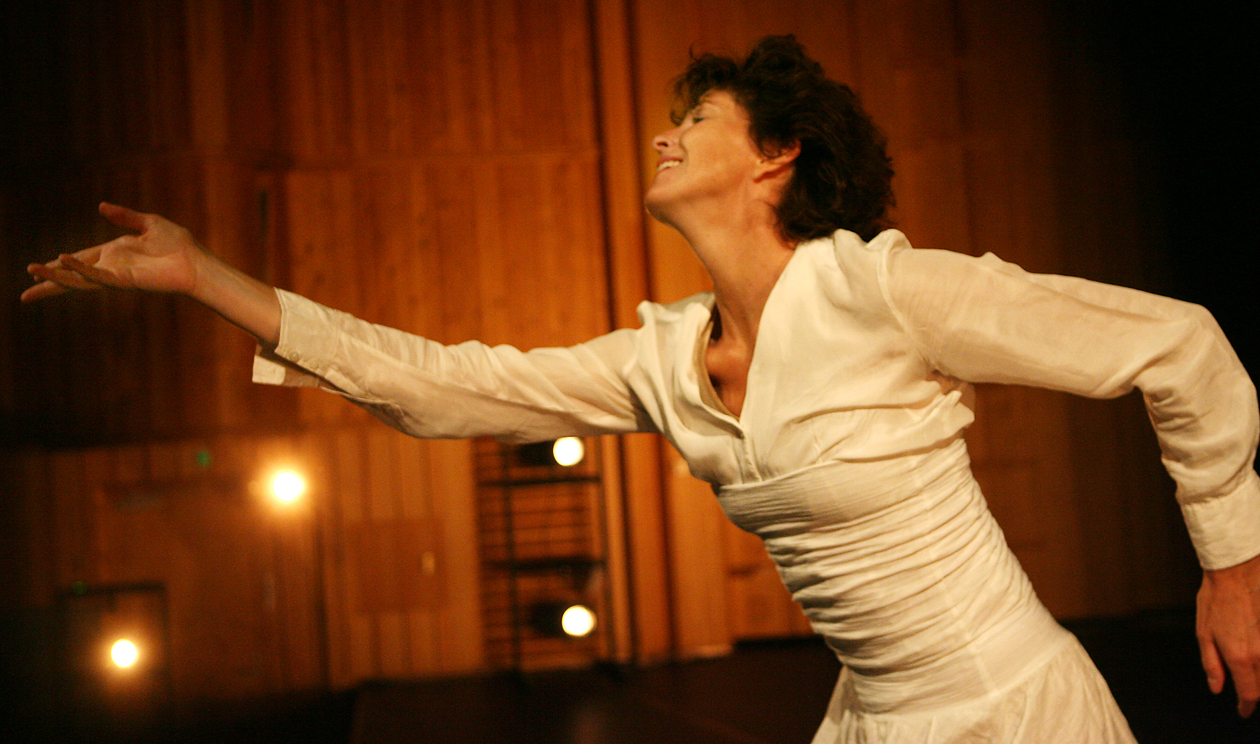 Tiina Lindfors is one of the founding members of the Dance Theatre ERI. Over the course of her career, she has created nearly 90 choreographies. A characteristic feature in her career is that several composers and orchestras have suggested cooperation with her. Cooperation with the composer Mikko Heiniö has already resulted in five significant works. As a choreographer, Lindfors is often taking a stand, and emphasizes that dance can make a difference through theatrical means. Eleven of her choreographies have been adapted for TV, many of which have represented Finland in the Prix Italia and Golden Praha competitions.
Lindfors’ dance and choreographies have been performed in the Nordic countries and elsewhere in Europe, in Asia, Amerika and Africa – all in all in she has given some 350 guest performances in 28 countries.
Tiina Lindfors was awarded the Finnish Cultural Foundation – Suomen Kulttuurirahasto – prize in 1999, the Swedish Cultural Foundation’s – Svenska Kulturfonden – prize in 2005, the Villa Karo bronze statue and the Church Cultural Award in 2011. In 1987 she received the Pro Dance Award.
In 2018, Tiina Lindfors was awarded the Brobyggarpriset – Bridge-builder prize – for her contribution to promote the Swedish language and bilingualism in Finland.
Lindfors is a popular lecturer and writes columns for Turun Sanomat, the argest daily paper in Western Finland.